The United States driving population is steadily aging, with reports estimating that there will be approximately 38 million drivers older than age 70 on roads in the U.S. by the year 2020 (5). Mature driver involvement in fatal crashes is projected to increase 155% by 2030, accounting for over half (54%) of the total projected increase in fatal crashes among drivers of all ages (5). Getting older can be seen as a handicap to some, especially in terms of driving ability. Mature drivers are often at a disadvantage cognitively, socially and physically in comparison to other drivers. Because of declining health, it can be increasingly difficult for older drivers to safely perform necessary driving tasks. Common challenges that can arise include poor depth perception, slow reaction times and pedal errors. However, many older drivers do not want to give up the independence that possessing a driver’s license affords them and therefore may fail to acknowledge any difficulties they face while driving.

Previous research has provided numerous variables as possible explanations for the over-representation of this population in crash statistics, be it behavioral, physical or neurological. An individual’s executive function, which is described as cognitive processing in which actions are organized in goal-oriented behavior, declines as they get older, which can make mentally challenging tasks such as driving, much more difficult. Freund and Smith (2011) point out that, “driving presents an interesting set of conditions… requiring the driver to have intact abilities to make novel and sometimes split-second judgments and decisions” (p. 342). In their assessment of the relationships between cognitive abilities and simulated driving performance in drivers age 55 and older, Anderson, Rizzo, Shi, Uc, and Dawson (2005) found that “weaknesses in certain cognitive abilities, including visuomotor abilities, executive functions, and memory, were particularly associated with poorer driving and increased the risk of crashing” (pp. 289).

Older drivers’ decline in physical abilities is also thought to contribute a great deal to this populations’ crash risk, with possible countermeasures suggesting avoidance of highways and more complex driving environments by this group. Freund and Smith (2011) explain that muscle strength and tone deteriorate with decreased physical activity, which is common in older adults, can cause “slowed reaction time and additional loss of coordination” (pp. 348). Also, joint conditions, which are common in older adults, can affect a driver’s ability to move certain parts of their bodies, turn the steering wheel or use the pedals. Changes in vision are common in older adults because the lens of the eye loses elasticity over time. Around one-third (30%) of adults 65 years old or older, have some level of visual impairment (7). This can make it difficult to focus on objects that are close by and adapt to changes in the light. Eye diseases are also much more frequent in this age population. Roughly 20% of adults over the age of 65 has a cataract and the risk of developing one is 50% after the age of 75 (8).

In terms of behavior, Trick, Toxopeus and Wilson (2010) found that older driver’s driving speed was significantly reduced during events where fog was present, in high-density traffic and general navigation. This may speak to older drivers’ diminished ability to handle complex driving situations. However, because those variables could potentially negatively affect the driving of even the most well-trained motorists, it highlights the fact that the potential collision risks are most likely exacerbated among mature drivers. Interestingly, Adrian, Postal, Moessinger, Rascle and Charles (2011) found that cognitive score was in fact, not predictive of driving performance, but did note that in terms of personality, older drivers with a high level of extroversion exhibited worse driving performance. The researchers go on to explain that extroverted mature drivers may take more risks, display an over confidence in their abilities and “act more hurriedly” when operating their vehicle (p. 1656).

Left-hand turn maneuvers at intersections in particular, seem to be present in many of the collisions for this driving population. Because these crash types are not as prevalent in other age groups of drivers, research has been aimed towards analyzing the behavior of mature drivers for an explanation. Charlton, Catchlove, Scully, Koppel and Newstead (2012) examined the behaviors of older drivers in a naturalistic driving study in Australia and concluded that this driving population were selective in their behavior and, “engaged less in secondary activities at uncontrolled intersections…compared with less demanding maneuvers”(pp. 276). While this may suggest that mature drivers are self-regulating their behavior and therefore lessening distraction, results may differ in an environment with a signalized intersection. Signalized intersections lessen the burden on the driver by informing them when to go and when to stop, and this can lower driver’s awareness and present the opportunity for distraction. However, Chichino and McCartt (2015) found the most common older driver errors to be “inadequate surveillance and misjudgment of the length of a gap between vehicles or of another vehicle’s speed” and noted that about “66% of older drivers’ inadequate surveillance errors and 77% of their gap or speed misjudgment errors, were made when turning left at intersections” (pp. 211).

Various training techniques have been explored and considered for their potential to  improve the driving performance of mature adults. The National Highway Traffic Safety Administration (2013) reported on the findings of a research study that examined the effectiveness of occupational therapy, classroom driver education, physical conditioning and computer-based exercises on improving the driving technique of older adults. The occupational therapy based visual skills training was found to have the greatest effect in terms of improvement in driving ability (10). However, the report also notes that physical conditioning can result in benefits to a person’s health and wellness that extends well beyond improved driving performance and computer-based exercises may appeal to mature drivers because they are convenient and fairly inexpensive. 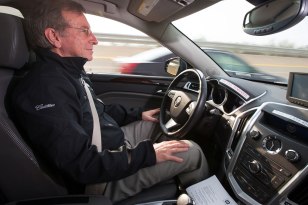 The success of graduated licensing for other driving groups, such as teen drivers, serves as a foundation of support of the potential for reducing crash frequency and severity among older drivers (9). Establishing licensing policies within states that focuses on the specific cognitive and physical assessment of older drivers, may help to reduce crashes in this population. State’s programs could begin with a systematic approach, that identifies high risk drivers by age, but then offer case-by-case reviews that are based on a driver’s current individual ability. Seeking input from the mature driving population would be helpful in the development of these policies, to ensure the needs of these drivers are being met. Many states have already adopted some version of graduated licensing (or de-licensing) as an option for improving older driver safety. According to the Governors Highway Safety Association, a total of 33 states and the District of Columbia have special provisions in place for mature drivers (Connecticut is one of these states). They include things such as restriction of online renewals and the requirement of reoccurring vision tests.

National organizations have also begun to develop programs and provide resources that can help keep mature drivers safe on the road. The AAA Foundation for Traffic Safety’s website contains an online database of state’s driver licensing policies and practices affecting older or medically-at-risk drivers. Users can select from a drop down list to view how each state addresses various issues that can affect older drivers (6). AARP also provides state specific information to drivers on their website, such as how to drive safely during the winter time and holiday traffic. In addition, links display the latest news on emerging autonomous vehicles and the potential for utilizing them as alternative methods of transportation (6). Resources such as these can serve two purposes: 1) the education of mature drivers; and 2) support and encouragement of their independence. Some older drivers may continue to operate their vehicle despite issues of safety because they are not aware that there are resources available to them. With these online tools, they can not only recognize for themselves what limitations they have in terms of driving ability but make their own decision to find alternatives that best suit their needs and lifestyle.

9. Nasvadi, G. and Wister, A. (2009). Do Restricted Driver’s Licenses Lower Crash Risk Among Older Drivers? A Survivial Analysis of Insurance Data From British Columbia. Published by Oxford University Press on behalf of The Gerontological Society of America. http://gerontologist.oxfordjournals.org/content/early/2009/01/01/geront.gnp039.full.pdf. Accessed Jan. 23, 2017.

One thought on “Mature Drivers”

© Marisa Auguste and driversbehavingbadly.blog, 2020. Unauthorized use and/or duplication of this material without express and written permission from this site’s author and/or owner is strictly prohibited. Excerpts and links may be used, provided that full and clear credit is given to Marisa Auguste and driversbehavingbadly.blog with appropriate and specific direction to the original content.